The good use of information systems, mainly those to the corporative use, particularly depends on its users. The acceptance of these users to these systems are intimately connected to cognitive factors related to the users’ expectations. Therefore, there is the possibility to reduce the costs associated to system’s development, especially to the costs related to readjustment of the system, implementation and the costs from the inherent to the acceptance and underutilization, new software products or new tools by analyzes of users’ expectations. So, the modeling of expectations seeks to analyze the factors which take a user to use a system in detriment of other and understand the reasons of cases of bad or underutilization from the users, besides helping the analyzes of the software engineering to clarify which points the elicited requisites were or weren’t complied. The research was carried out in a case study in companies where it was used the ERP software to their management and by the providers of these software it was done the researches with the users. The users were interviewed in five different occasions, each of them followed by changes in the system or in this work environment to validate the previous survey in relation to perceptibility and impact of each event. In this way, it was presented the group of expectations to the users and in the sequence, they prioritized these groups. The prioritization occurred in seven cards, each one with a group of expectations; or by a card that was printed the seven groups and the users indicated in it the priorities of each group; or electronically by a web system created specifically to this purpose in which the users had the groups in text boxes selected and could change the order of each one. In the end of the surveys of expectations and validation of the events, it was reached the measurements of the general profile of the group, which reflected the profile of all users researched in relation to the system in question. Besides, it was presented the modeling in graphic form and the numeric measurement of the priorities group by group. Being possible the creation of statistics analyzes related to the distributions of priorities by group of users, separating the different groups of users related to close profiles and descriptive analyzes which enabled simulations, for example, the simulation with Monte Carlo to prevent various risks. 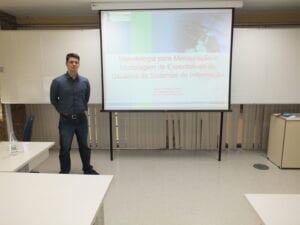 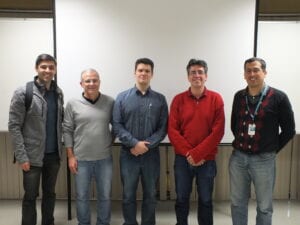