The current paper presents a proposal for the utilization of a hybrid wind / solar system for generating distributed energy in commercial establishments in Ilha do Mel, located on the coast of state of Paraná, in the southern region of Brazil. This paper proposes the use of renewable energy sources as an alternative on an island and, therefore, the methodology adopted is different when compared to similar facilities in rural or urban areas. Information such as accessibility, environmental issues and population variability were taken into account, as they influenced the project calculations performed to meet the specific needs of the site. The possibility of generating distributed energy in Brazil occurred after Normative Resolution No. 482 of the National Electric Energy Agency (ANEEL) in 2012, which regulated micro and mini power generation, allowing these systems to access the network of local distributors, in addition to setting up the energy compensation system. Environmental, regional and local energy concessionaire regulations complement the first resolution. The climatic data (solar radiation, temperature, wind speed) required for modeling the system were obtained by extracting information from the RETScreen software; the survey about the costs for the acquisition and installation of the wind and solar systems was carried out through a market research with national suppliers; and the load curves of the researched establishments were generated from data collected from the field, using the MARH-21, a real-time meter and recorder of quantities for electrical systems. The raw information was treated in Excel and the modeling, simulation and sensitivity analysis of the hybrid system were performed by the HOMER software. The results showed several possible configurations of hybrid systems both technically and economically in both studied inns, although the results suggest that in facilities with a lower energy demand, the installation of wind systems is less feasible due to the high cost of acquisition, installation and replacement of the turbines, while solar systems turn out to be always viable in both of the studied cases. 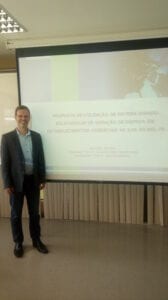 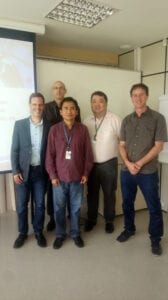