Increasingly, Brazil's environment and urban perimeters have been greatly affected by the irresponsible disposal of waste from human activities. Although there are laws regulating discards, waste can still be found to be discarded inappropriately. The present research presents a case study of a company distributing hygiene and cleaning products established in Maringá-PR, which uses in its commercial activities paper towel dispensers.The objective was to find alternatives for the final disposal of the residues generated specifically by this product. The components of the dispenser were collected and discriminated to determine which polymers were present in their composition. In addition, based on data provided by the company, the amount of waste disposed of during the three-year period was raised, as well as its costs for final disposal. Among the options studied as an alternative for the final destination of dispensers, a volume reduction study was carried out, with the fragmentation of the product, using a plastic agglutinating machine. A comparison between the spatial volume occupied by the product in its natural and fragmented state was carried out.

The results showed that the product is composed of approximately 80% of ABS - acrylonitrile - butadiene - styrene thermoplastic polymer, 48% virgin material and 32% recycled material; The reduction of the spatial volume occupied by the product after agglutination was approximately 80%. The financial cost to make this reduction was 74% higher than the system used by the company. Finally, another alternative found was the sale of this waste, to take advantage of the material that composes it, yielding profits for the company and reducing its expenses. The study concludes that the sale of waste is the most viable alternative for the company. The study leaves a relevant contribution towards reducing the spatial volume of solid waste. When these are not used and are destined for landfills, their reduction will increase the life of landfills. 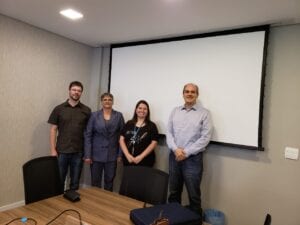 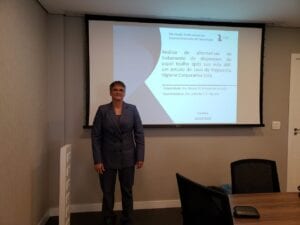