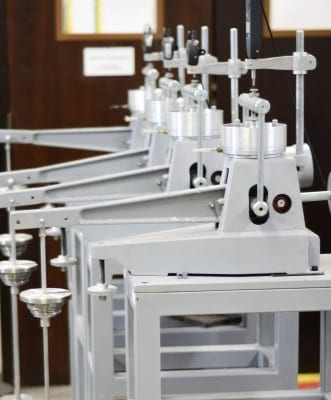 Lactec also offers the installation of field laboratories for on-site technological control. It also carries out geotechnical research and monitoring, conventional and special field and laboratory tests for industries, public and private institutions.

It also works in projects, dimensioning, development, and automation of equipment for field and laboratory geotechnical tests, as well as in the development of experimental techniques that provide knowledge or advance in knowledge about the geotechnical behavior of soils and rocks and small and large works in general.

Excellence in carrying out special geotechnical tests for the investigation and qualification of various types of soil used in works:

* Several tests are accredited by the General Coordination of Accreditation of Inmetro (Cgcre). The complete scope of the accredited tests can be found at the link www.inmetro.gov.br/laboratorios/rble.